The 1988 film They Live is one of the last great masterpieces to come out of the Hollywood left. In the film, a drifter named John Nada discovers a box of sunglasses that, when worn, allows the wearer to really see the world around him.

For instance, when wearing the glasses, simple advertisements for consumer products are revealed as something other than what they appear. 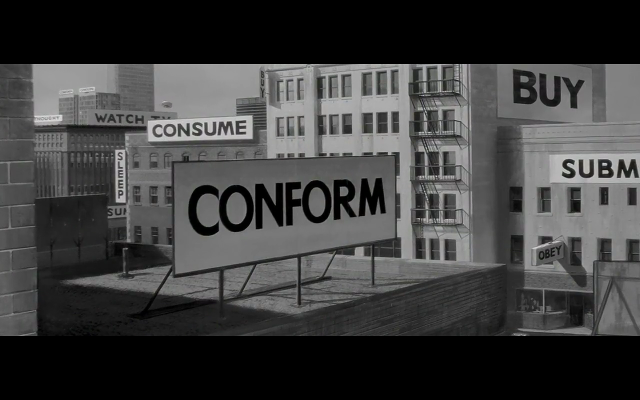 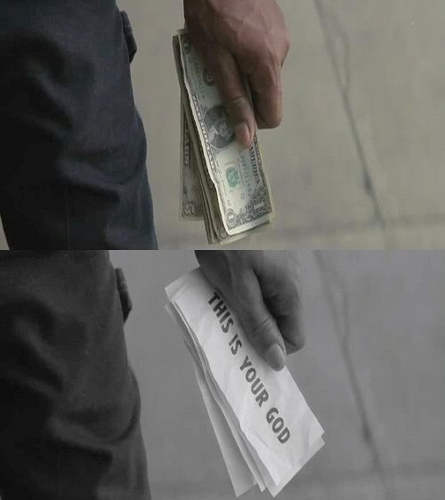 In the film, the glasses also allow John to see that many of the affluent and powerful people around him are actually aliens that have somehow orchestrated this entire brainwashing campaign through a series of undetected radio broadcasts that keep us all blind to the real messages and faces around us. 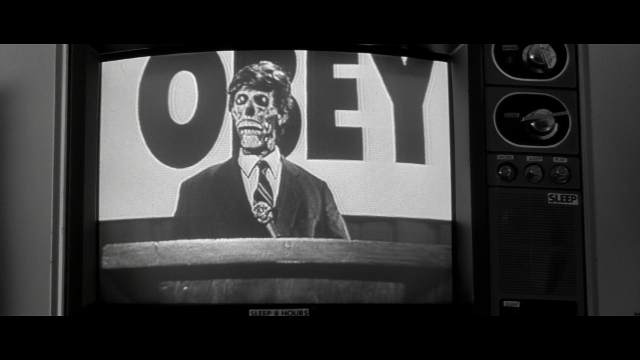 They Live was written as a humorous but unusual sci-fi story that also serves as a critique of global capitalism. The sunglasses are a metaphorical filter for ideology, and John’s discovery of the world around him is the story of class consciousness.

What do we do after we put on the glasses?

In the story, that act makes perfect sense. Someone discovers that the world is subject to a full-on alien invasion, that the aliens have set themselves up as a ruling class, and that they’re using brainwashing techniques to convince humanity that our total misery and subjugation is normal.

In our lives, outside of metaphor, it’s less clear how to react. Once we’ve put on the glasses, what do we do? Where are the aliens, and how do we start killing them?

Have we put the glasses on, or taken them off?

These days, the shape of the internet is intimately connected to the shape of our social relationships. And, like everywhere, the monsters from They Live are trying to take control of those spaces. I’m not sure what the best way to start killing aliens is, and I’m actually more concerned about identifying as someone with access to that knowledge.

“Privacy-enhancing technology” has always been inaccessible, which means that the few of us who are weirdly motivated enough to figure it out are left in real danger of creating an identity around having figured it out.

The stickers on the backs of our laptops can sometimes read like merit badges in things we’ve mastered. Maybe that means we care, but there’s also a risk that “mastery” is only worth touting when the skills are difficult. Just like any subculture, if we set ourselves up to feel special for identifying with something obscure, it is potentially in our interest to maintain that thing’s obscurity. If we identify with the depths of privacy technology, we might hesitate (subconsciously or not) to make internet privacy simple and ubiquitous, since we’d be putting our projections of ourselves at risk.

In my case, privacy-enhancing technology has left me with an almost permanent type of ideological brain damage. If I’m honest with myself, years of avoiding products from Google and Facebook while engaging with things like PGP, smartcards, and heavily modified devices has left me almost incapable of understanding how things should work, and has lowered my expectations for what should be reasonably required to use an application.

Even if I can genuinely avoid the ideological trap of building an identity around mastery of cryptography’s difficulty, a decade of enduring that difficulty has damaged my ability to even imagine what a world of easily accessible privacy technology should look like.

I like Winter Break Of Code not only because it’s a great time, but because it helps engage with these ideological barriers.

It gives those of us who are immersed in the echo chamber of privacy-enhancing technology a break from that world, so that we can focus on making private communication simple in a context where we’re less tempted to identify with its difficulty. Simultaneously, it helps to provide an opportunity for people who aren’t yet totally brain damaged to get involved and contribute towards privacy technology that is simple in ways that those of us who are sufficiently brain damaged might not have ever realized.

Hopefully one day this means that we’ll look back and see we were really killing aliens, not just specializing in our knowledge of them. For now it’s too soon to tell, but either way, I hope to see you on the beach with us one day. 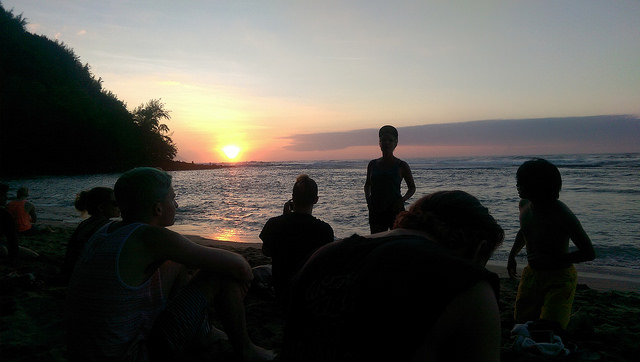