It's OK to be a little Emojional 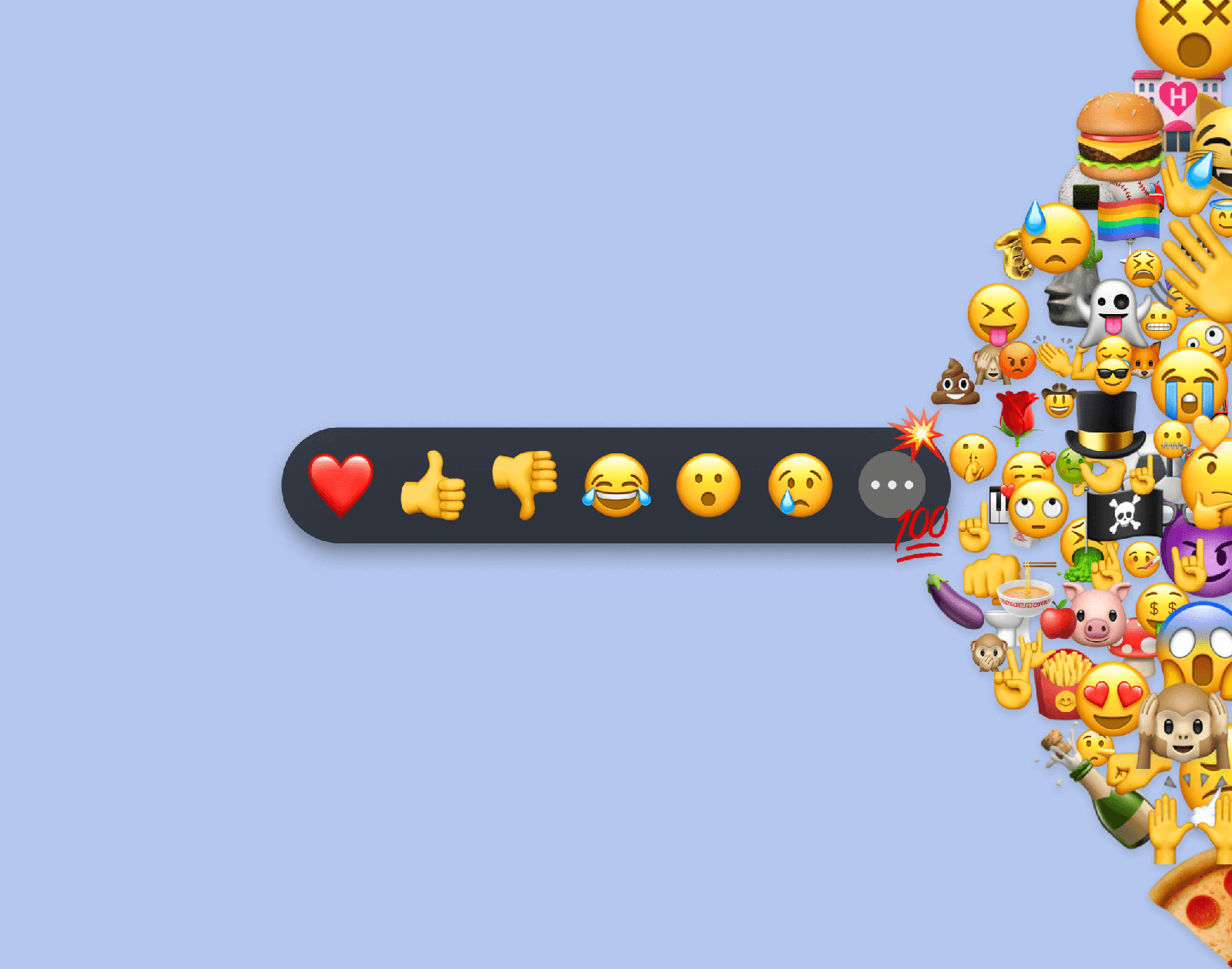 The world was a different place when we announced message reactions back in February, but expressing the way you feel has never been more important. Instead of being limited to the default set of reactions that we started with, the latest Signal updates for Android, Desktop, and iOS let you react with even more emoji.

Reactions still work the way they did before – they are end-to-end encrypted and easy to share, only now you have more options. Use 👋 to wave back when someone new says hello, a cricket 🦗 if nobody laughs, or fire 🔥 for a particularly hot take. The choice is yours.

On Android and iOS, simply tap and hold on any message to open the reaction window, then tap on the dots to open the full emoji keyboard. On Desktop, hover over any message, click on the emoji addition indicator, and look for the same dots too.

The ellipsis is a gateway to new feelings.

Reaction notifications are only sent to the original author, so they can be particularly useful in group conversations. Sure, the expanded emoji set makes it easier to share inside jokes without notifying the entire group chat, but this feature also unlocks new capabilities like informal polls: 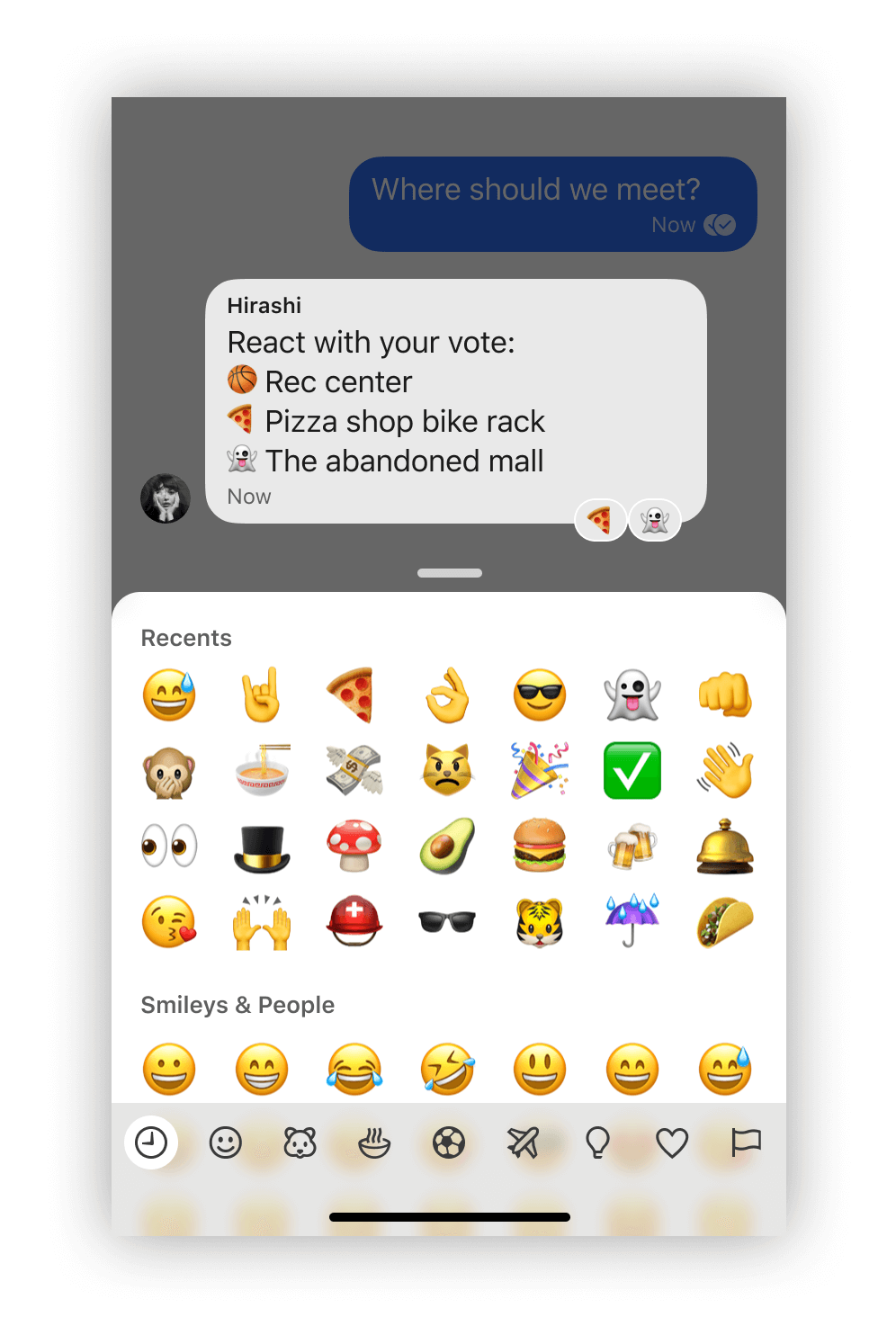 Whether it’s a mask, a clenched fist held aloft in protest, or something else entirely – 2020 is a good year to express yourself.

We’ll be adding more emojis to the palette soon, and as the world keeps changing we’ll keep doing everything we can to help you react appropriately.