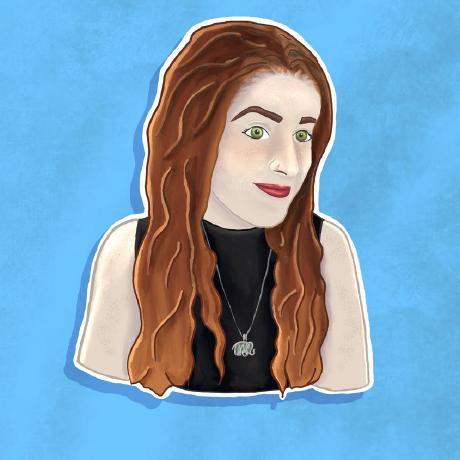 Your next upgrade deserves an upgrade 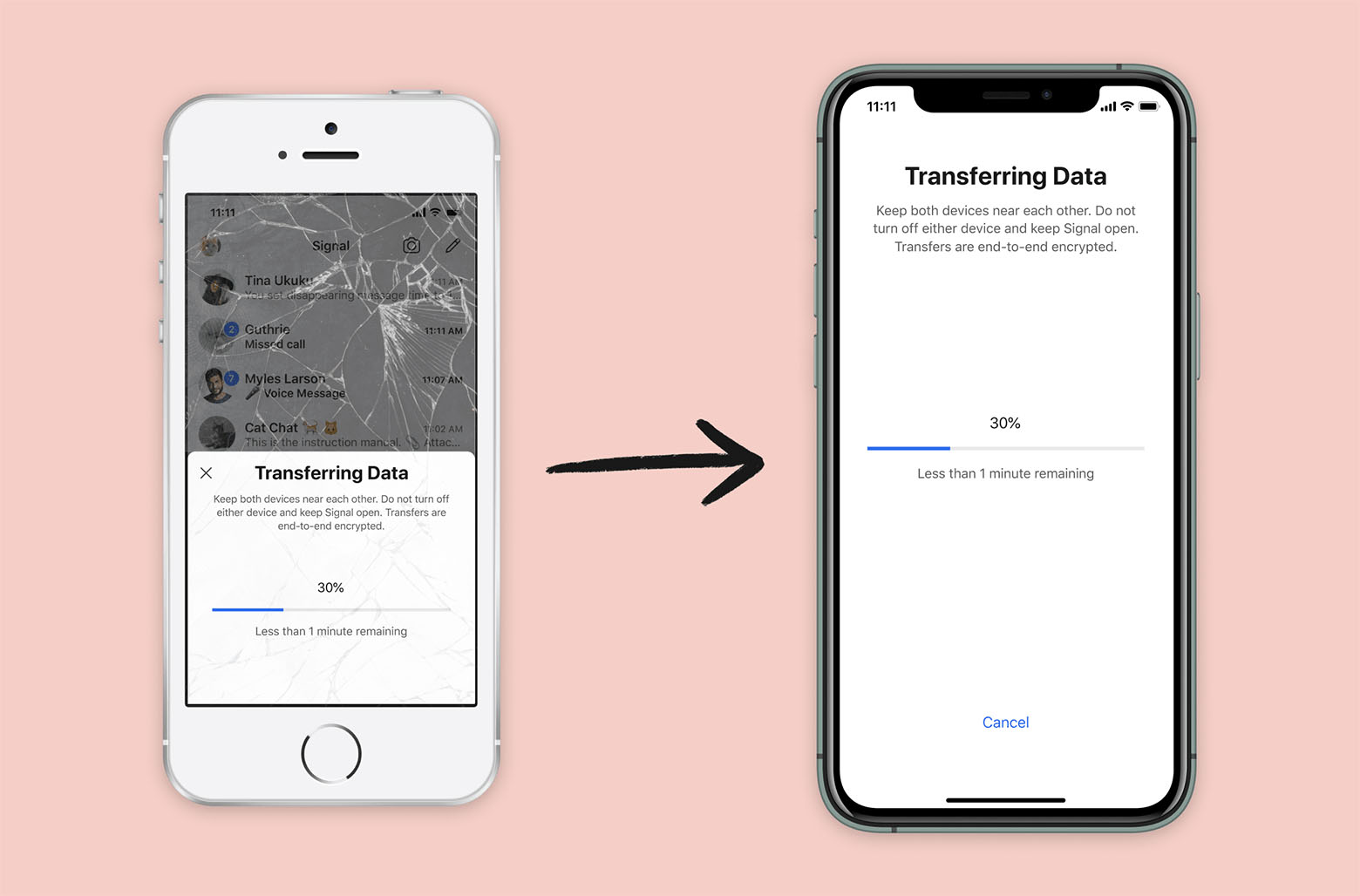 Signal iOS now includes a new feature that makes it possible to switch to a brand-new iPhone or iPad while securely transferring Signal information from your existing iOS device. As with every new Signal feature, the process is end-to-end encrypted and designed to protect your privacy. Transfers also occur over a local connection (similar to AirDrop), so even large migrations can be completed quickly.

Here’s a step-by-step recipe for a successful migration:

What you’ll need:
– 1 existing iPhone or iPad with a working copy of Signal (broken screen optional)
– 1 new iPhone or iPad
– A (small) dash of patience

Once the transfer is complete, your existing device will clear its Signal data, and you can immediately begin using Signal on the new device. 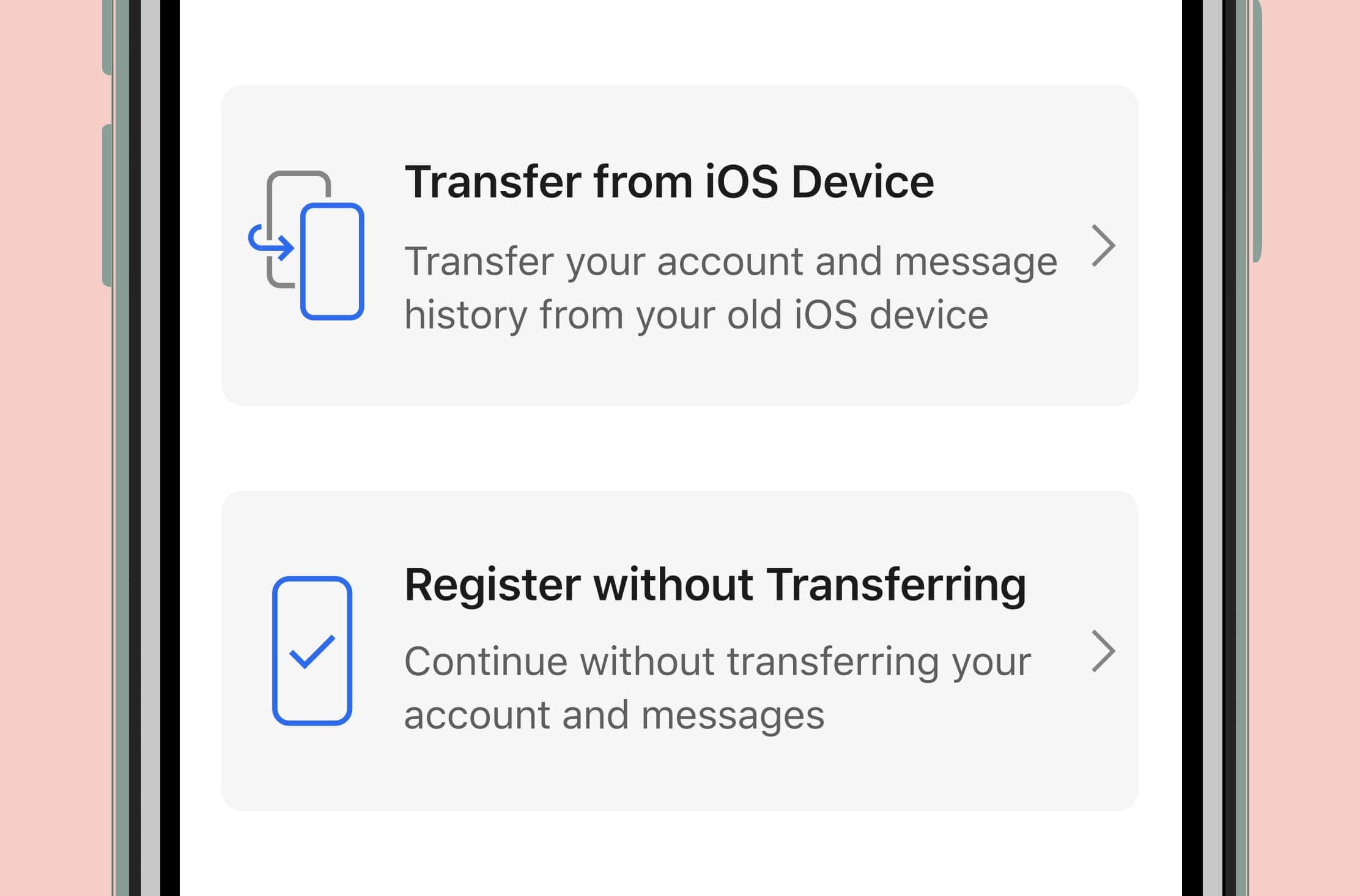 Taking a closer look at the ingredients

Signal generates a unique keypair for the encrypted device-to-device connection, and a MAC is embedded in the new device’s QR code so your existing device can verify the connection.

The QR code itself does not include any sensitive information. If someone else is in the same room and dives across the table or races to scan it first, the worst-case scenario is that they could start transferring their data to the new device before you.

At that point it would be easy to simply erase the app and install it again – and possibly erase your friendship with the individual who couldn’t keep their scans to themselves.

The new device verifies the integrity of the transferred data. If any errors are detected (for example, if the phones get too far apart and the connection dies), the process is simply aborted and you can try again later.

A new beginning, not the end of our efforts

Although Signal Android has long had a built-in backup feature that can be used to migrate Signal information between devices, iOS required a different approach. The notion of a “file system” remains a foreign concept to many iOS users, and Apple’s “Files” app is relatively new and isn’t available on some of the devices that we still support.

This is the first time that upgrading to a new device without losing any information has been possible on iOS. We recognize that this feature doesn’t cover every single scenario, but we think it’s a good start. We plan on continuing to make improvements to this functionality in the future.